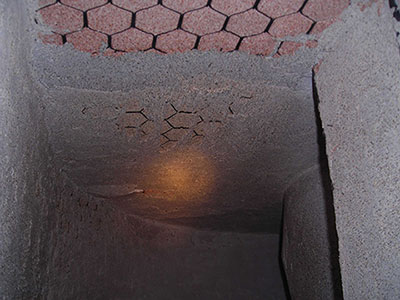 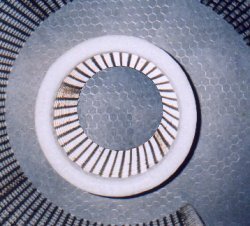 ACTCHEM™ is a refractory material which has exceptional strength and abrasion resistance. The material was designed to maximise the following characteristics: 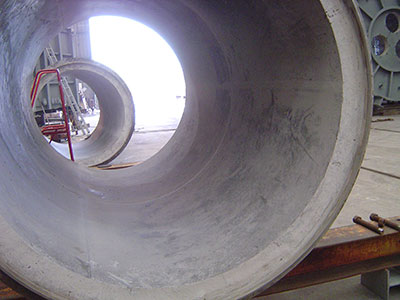 It is recommended that ACTCHEM™ be mixed with a high intensity mixer such as a "Hobart" for at least 5 minutes.

Typical water contents range from 4.0 to 5.0%. Other mixers can be used, but this may affect the mixing time and the amount of water required.

ACTCHEM™ was designed to be easily installed into all refractory anchoring systems by handpacking. The material can also be installed using pneumatic rammers. In addition, ACTCHEM™ has an extremely long working time. This greatly reduces material waste.

ACTCHEM™ is designed to be installed overhead in areas where vibration is present. The material must be mixed to the proper consistency and installed with the proper anchoring system for this application.

Stable in the Presence of water

ACTCHEM™ can also be installed by gunning. This installation technique does not tend to change the properties of the material.

The abrasion resistance of ACTCHEM™ is consistent throughout the thickness of the material. Therefore, as the material wears, the properties remain constant.